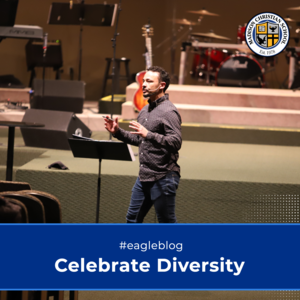 Doug Buckley (MCS parent, former missionary to Tanzania and member of the MCS Diversity Committee) shares how celebrating our differences is a blessing of God’s creativity.

As human beings, we naturally classify and categorize differences. It helps us to explore, understand and organize our world. This is not inherently damaging, but it can be. We live in a time where people are categorized by how much money they make, by their skin color, their political party, or whether they are liberal or conservative, among others.

All of this categorizing can keep us from uniting – as a country and, more importantly, as humans. When you add in a global pandemic that limits real face-to-face interaction and social media that exists to divide us into groups and market things to us, it is easy to become overwhelmed by our differences and divisions.

But…we are not hopelessly divided and our differences do not outweigh the humanity that unites us. Jesus physically left this world as a human category breaker, a uniter of nations. His spirit and presence are still here to empower us to do the same. The Madison Christian Diversity Committee was formed this school year to support, respect and value diversity in this community. God created each one of us uniquely, and that is to be celebrated!

For you created my inmost being; you knit me together in my mother’s womb. I praise you because I am fearfully and wonderfully made. Psalm 139: 13-14

As we have seen in recent weeks and months, supporting, respecting and valuing our differences needs continual renewal, reinforcement and reminding. Human diversity is not a problem; it is a blessing of God’s creativity. We humans seeking to understand and classify our differences is not a problem. The problem lies in putting one group – one category of humans – above another to claim power or superiority.

Dr. Martin Luther King, Jr. addressed this problem in reference to the segregation laws as he peacefully protested in April of 1963 when he wrote from a Birmingham jail: “An unjust law is a code that is out of harmony with the moral law [God’s law]”. He also wrote, “All segregation statutes are unjust because segregation distorts the soul and damages the personality. It gives the segregator a false sense of superiority and the segregated a false sense of inferiority.” This goes against the law of God, because God created human beings in His image, not just one group or kind. Laws have changed, but the real issue is found not in human laws, but in human hearts.

Please prayerfully consider 4 tangible suggestions that we can all do as we seek to support, respect and value one another: